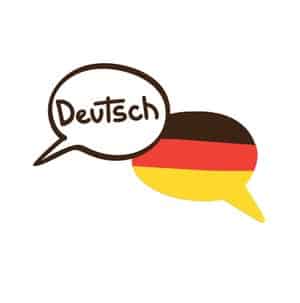 All types of translation, with or without certification by a certified (sworn) translator. We provide translation services from German into Serbian and from Serbian into German. We guarantee the highest quality of translation services in all specialized domains. We translate all types of documents by observing the standards of the Association of Scientific and Technical Translators in Belgrade, Serbia. Professional German translation is growing in demand as a result of Germany's leading role in the European politics and export industry and its increasing influence in the finance sector. We provide translation services for companies and individuals with German language requirements. When trying to find the best linguists with both expertise and clear attention to detail, look no further than our translators.

The German language (Deutsch) belongs to the Western group of Germanic languages. It is among the languages with the largest number of speakers. German is a native language to the greatest part of EU citizens. It is spoken in Germany, Lichtenstein, Austria, Switzerland, in the South Tyrol Province in Italy, in the eastern parts of Belgium and bordering areas of Denmark, in Luxembourg, as well as in the French regions of Alzace and Lorraine. The indigenous population in these regions speaks different dialects of German, while some population groups speak standard German. Small German-speaking communities remain in Romania, Czech Republic, Hungary, Russia, Kazakhstan and Poland. However, massive migrations of ethnic Germans from these countries into Germany have reduced the number of German native speakers. The largest German language communities outside of Europe are located in the United States of America where millions of Germans migrated over the past two hundred years, but most of their descendants do not speak German.