Are you looking for a translator

It is a common belief to assume that having a sound knowledge of a second language is enough to become a translator, some people think no other skill is required to translate any kind of document. 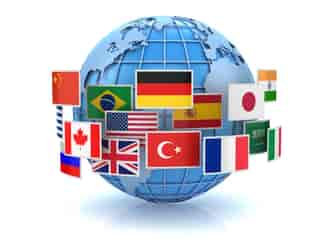 As a result, many people tend to downplay the value and effort of these language experts. In this article we’ll look into the five most common misconceptions you should avoid. Being bilingual only means that you have a sound knowledge of two languages. However, a translation is not made word by word. Quite on the contrary, translating implies having a deep understanding of the text written in the source language and knowing how to choose the best words and expressions to convey the message accurately in the target language. And not all bilingual people can do this. This doesn’t mean that you cannot be a very good translator, unless you have a translation degree.

There are plenty of excellent translators who don’t have formal training but, unfortunately, many people think that they are able to translate just by studying four years of a foreign language in high school. Even if you are a fluent speaker, it doesn’t mean that by default you are a good translator, it doesn’t imply that you can write in that language or translate into it accurately. The translation tools now available in the market are far from being able to provide a reliable translation. Since they only translate sentences totally isolated from the context, they are unable to understand the different meanings that a word may have and, therefore, the translated text usually ends up being an unintelligible bunch of words. In addition, translation machines are totally unaware of the difference that may exist between the word order in the source language and the target one and it is not strange at all to find awkwardly worded sentences that require a human translator to clear the mess.

It is quite frequent to find translation clients that come to freelance translators or agencies asking to proofread and edit a translation done either by a machine or somebody that doesn’t have a thorough knowledge of the source and target languages. What the client doesn’t know is that editing this kind of translations usually implies retranslating the whole document again almost from scratch, which means that the fee to pay will be higher than a regular proofreading one.

Have you ever tried typing 4500 - 5000 words in two hours? You need to be really quick; therefore, translating the same amount of words in the same time is totally out of the question. It is quite difficult for a translator to estimate how many words he can translate in an hour as it depends on various factors. Amongst them we can mention: the type of text to be translated, the subject matter and the format. On average, a professional and experienced translator translates around 250 to 500 words per hour so it would take between 10 or 18 hours to work on a 5000 word document. Needless to say, if you hire an agency, a group of translators may work on the text simultaneously so the translation is ready earlier. You should always bear in mind that if you expect a high quality translation you definitely need to allow enough time for the translation to be done. Different translators will translate the same sentence in different ways, being all of them correct. Translation, as language, is not an exact science. There is no unique correct way of conveying an idea in a different language. It is true, however, that some translations will be more appropriate for the context or more in tune with the target audience. This is why you should always try to hire a translator who is well acquainted with the industry the document is about and the target audience. Spacial thanks to Exequiela!