Respecting the value of time of our clients, we have decided to meet your needs and to deliver the translated material at your address, free of charge, on the territory of Belgrade. The process for this quick service is simple. 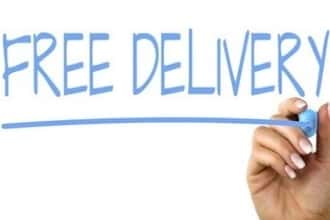 Respecting the value of time of our clients, we have decided to meet your needs and to deliver the translated material at your address, free of charge, on the territory of Belgrade. The process for this quick service is simple. This is only the beginning of many of the surprises we have planned. Sign in the "Newsletter" box which you will find on our home page. Once we receive the material for to be translated (by courier, fax, e-mail or in person) we will offer you the deadline for the completion. After the text is translated, the material will be delivered to you in person, in two copies, as well as by e-mail.

Research has confirmed that learning foreign languages influences brain growth. The aims of a study conducted at the Swedish Armed Forces Interpreter Academy in Uppsala were to detect changes in the brain which occur during intensive study of foreign languages. The scientists measured the brains of a group of students before and after a period of several months during which they were suposed to study at a very fast pace in order to learn a language they had no previous knowledge of, such as Arabic or Russian, and be able to speak it well. Apart from this group of students studying new languages, another, control group of students was observed, and these were likewise studying hard, but instead of languages they used other material. MRI scans revealed that in the group of students studying foreign languages certain brain parts had increased! Those brain parts are located in the hypothalamus and the brain cortex, and these are the brain centres responsible for study and spatial navigation. Johan Martensson, one of the scientists who participated in the study, stated the following: ˮWe were surprised that different parts of the brain developed to different degrees depending on how much effort the students put into learning a foreign language. Based on the discoveries, we may conclude that learning languages is an excellent way to keep the brain awake and in shape.ˮ

More... How does one become a court interpreter